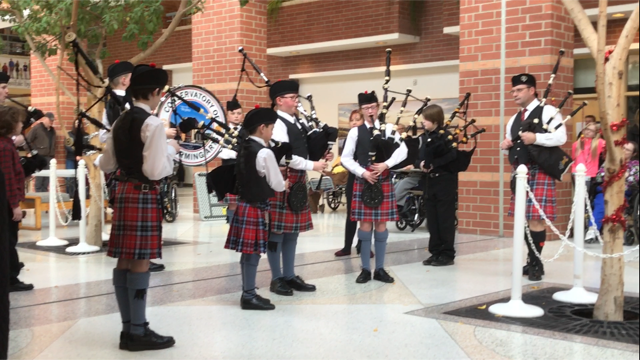 The Conservatory of Performing Arts Pipe Band will perform and compete at various Highland Games in order to expose the participants to Scottish culture and arts through competitions, performances and special events. The Pipe Band Program is for young pipers and drummers who have demonstrated that they are able to maintain the standard for competition and performances

For specific questions about learning piping/drumming, or to book the pipe band, or pipers for your special function, please e-mail the band director.