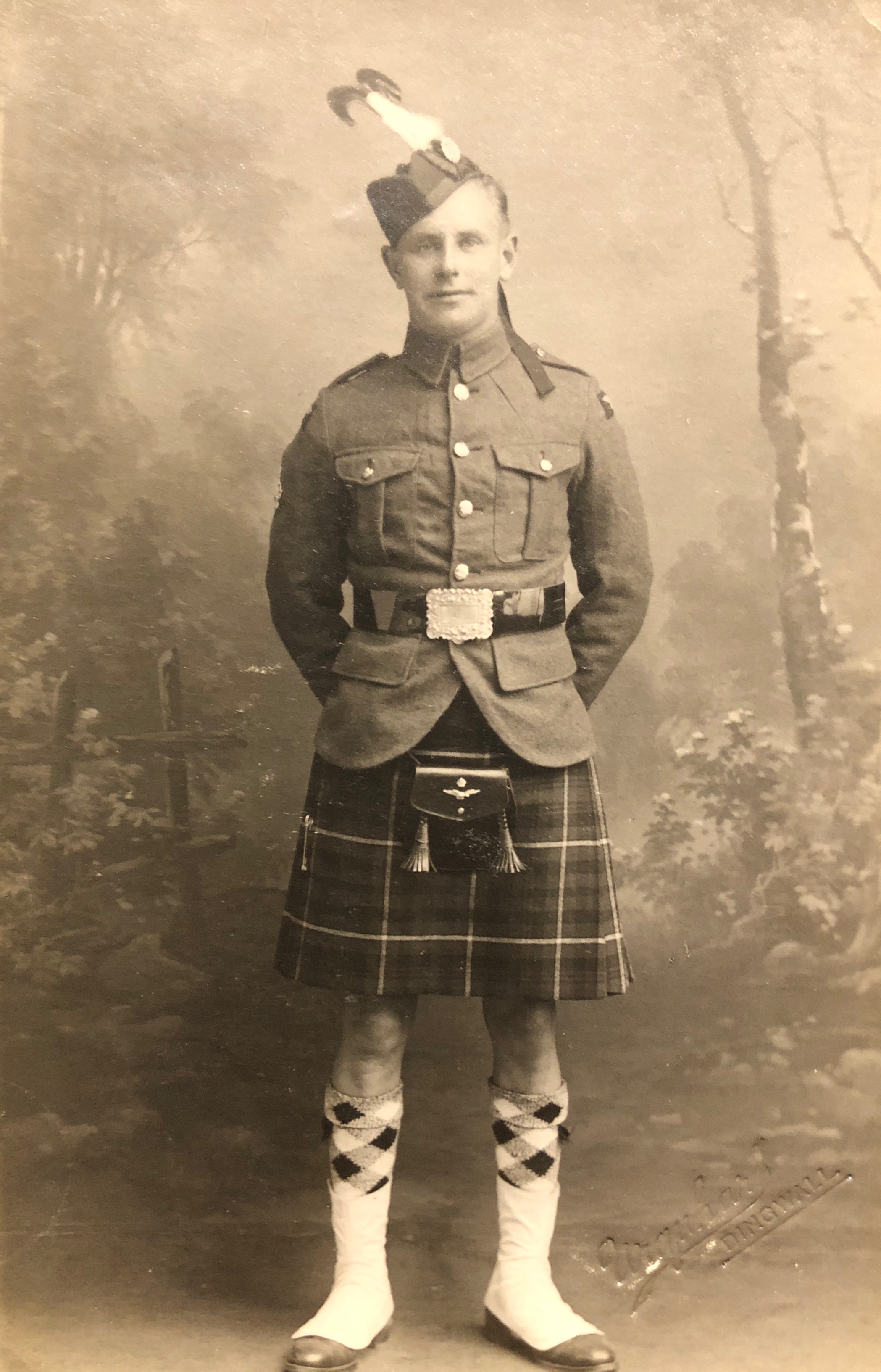 Andy McAnsh came to Canada with his family after World War II. He was a P-M in the Royal Air Force During WW2. There's a great story about Andy buried in one the the issues of "The Bandsman" where he meets a young Canadian piper on his way north o the train, and they end up playing pipes on the train all the way to Scotland. They didn't see each other gain until after the war when they met at a militia camp in Canada. The pipers were Andy and Willie MacLeod, from Manitoba. When they met, Willie was the P-M of the Queen's Own Cameron Highlanders of Canada.

He was an experienced piper, and once here he spent many years instructing young pipers in the 10th Signals Pipe Band, the Regina Boys & Girls Pipe Band, and the Springs of Heather Pipe Band.

For many years, Andy was the administrator of the Saskatchewan Summer School of the Arts at Fort San, and he played a leading role in many activites related to pipe bands, including the Prairie Pipe Band Association.

Andy was shop teacher at Sheldon-Williams Collegiate in Regina, and he passed away suddenly in 1978. His bagpipe is on loan to the Conservatory Pipe Band in Regina. 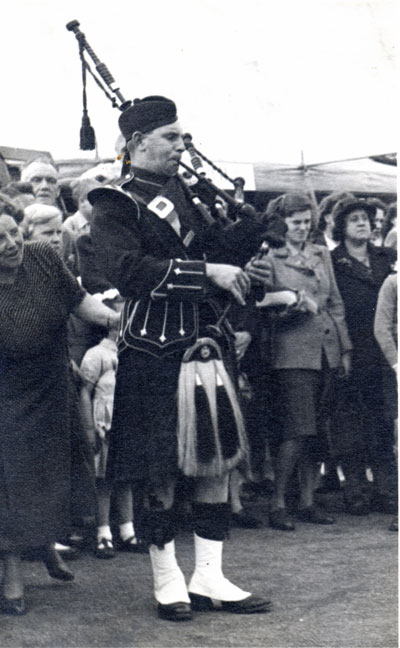 Performing with the local band in Regina. 1950s. 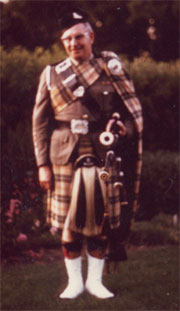 In the uniform of the 10th Field Regiment, R.C.A. 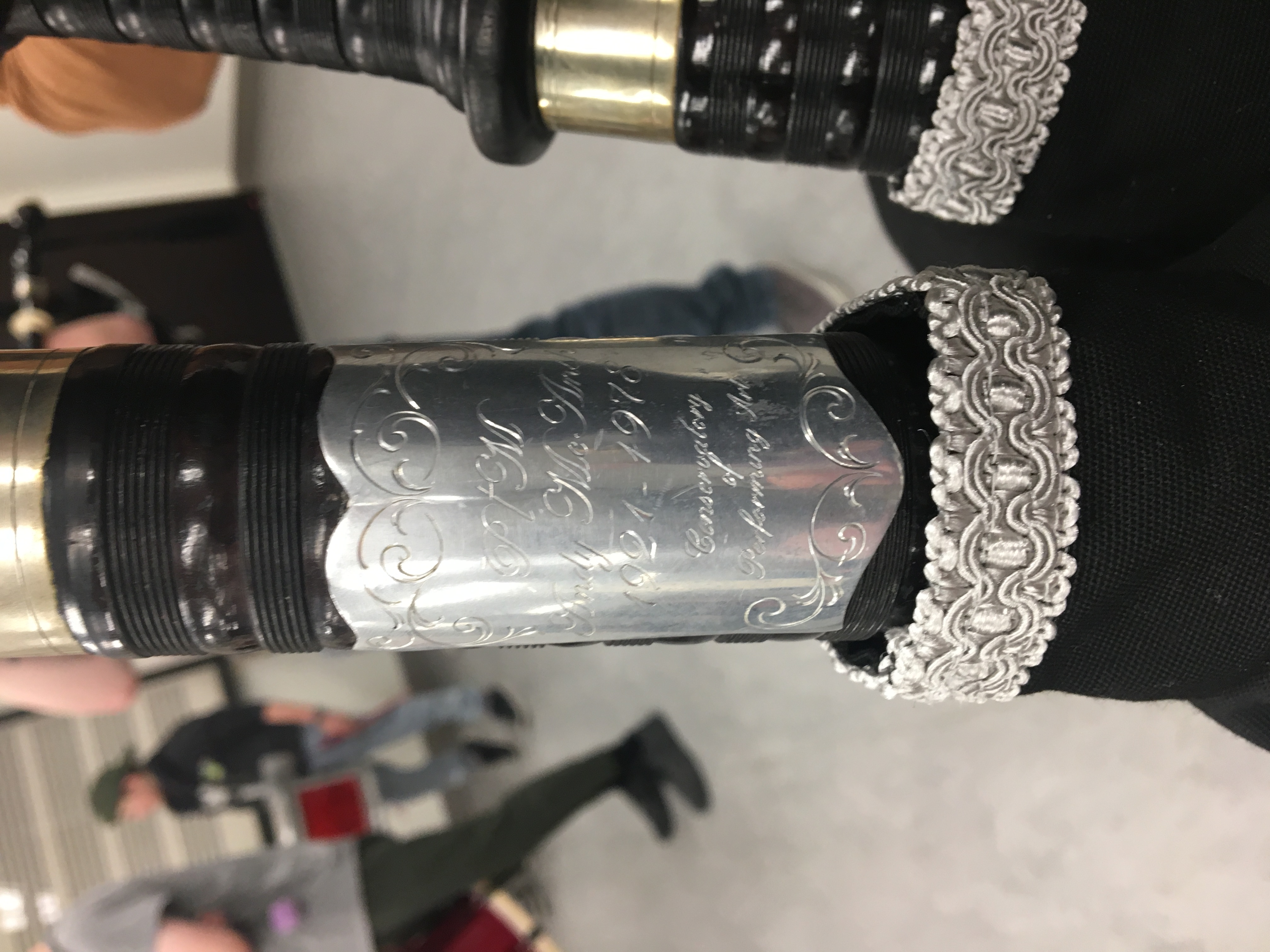 The plaque on Andy's pipes, now on loan to the Conservatory of Performing Arts Pipe Band.