James Forrest was born in Banffshire, Scotland at the end of the 1800s, and he arrived in Saskatchewan before World War I, after having been in Australia, Fiji, and Hawaii. He came to Saskatchewan to farm, and when war broke out he tried to enlist at Moose Jaw, but was informed there was no kilted regiment for him. So, he went back to Scotland, joined his old regiment, and ended up on the battlefields of Flanders with the Gordon Highlanders, where he was wounded. Jim Forrest married his Scottish love and returned to Canada, eventually settling in Prince Albert, where he farmed, worked at the PA Jail, and was part of the Veteran's Guard during World War 2. All throughout his life, the pipes were a mainstay of his life, and he taught pipers, organized pipe bands, and eventually passed on his love of piping to his family.

James published an autobiographical novel in 1967 called Hamish McIver, the Gregarious Immigrant [Carlton Press Inc., New York], and he also published a collection of his poetry called Rhymes of the Wandering Piper. The SPBA is very grateful to James' son-in-law Stan Dunville for loaning copies of the publications for us to see.

The Prince Albert Historical Society has gone through their holdings, and provided information on Jim Forrest and his activities, including this letter, which was written by his daughter,, Nellie (Forrest) Dunville about his work at the PA Jail. In the photo at right, Jim is in the uniform of the Veteran's Guard. Here you can see him in the uniform of the Prince Albert Jail. 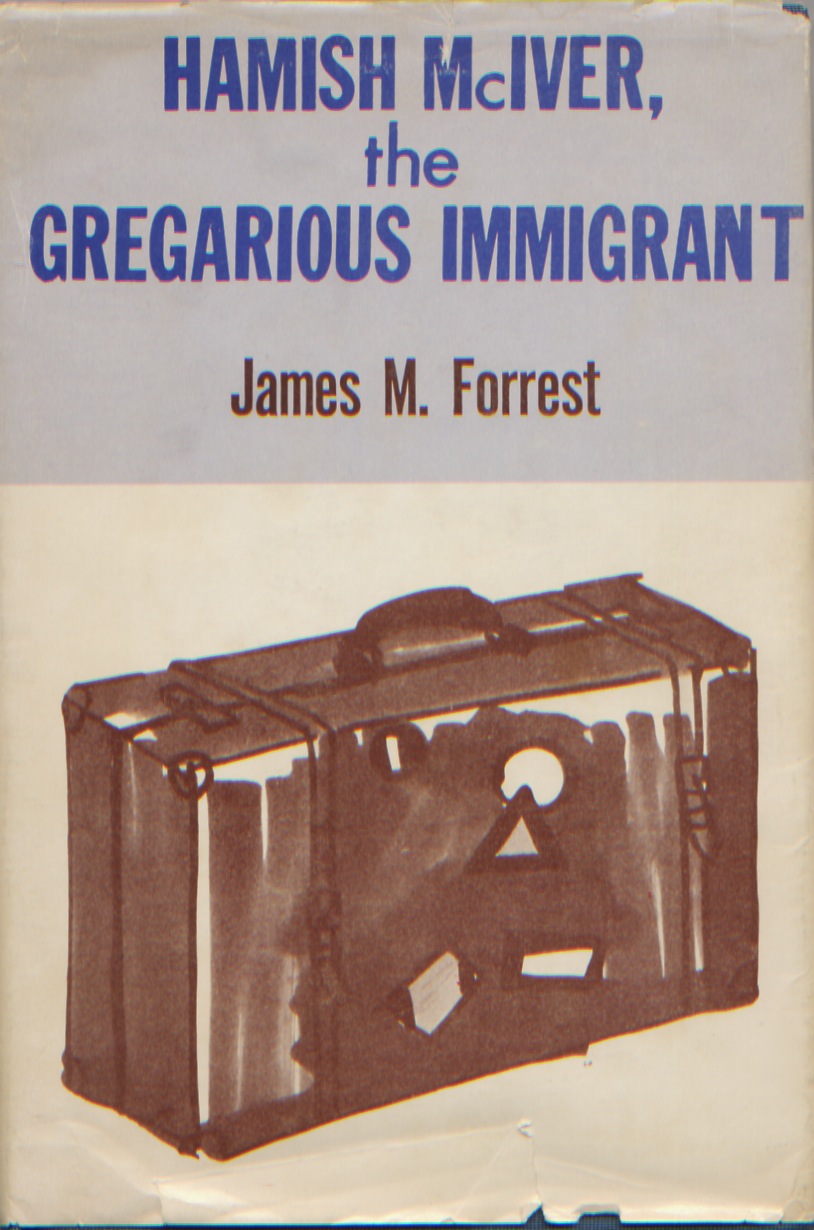 The book describes the life adventures of "Hamish McIver," in reality James Forrest. In the Foreward, noted Saskatchewan educator Hugh R. Thompson says, "For those many readers who can never meet the author my sympathy, for Mr. Forrest lives, as he writes, in a simple, honest, direct fashion enjoying the good things of life, facing difficult times and, above all, seeing himself and other members of Homo Sapiens with a wry puckish sense of humour that makes this tale altogether a delightful experience and a lasting monument to the final good in all things." 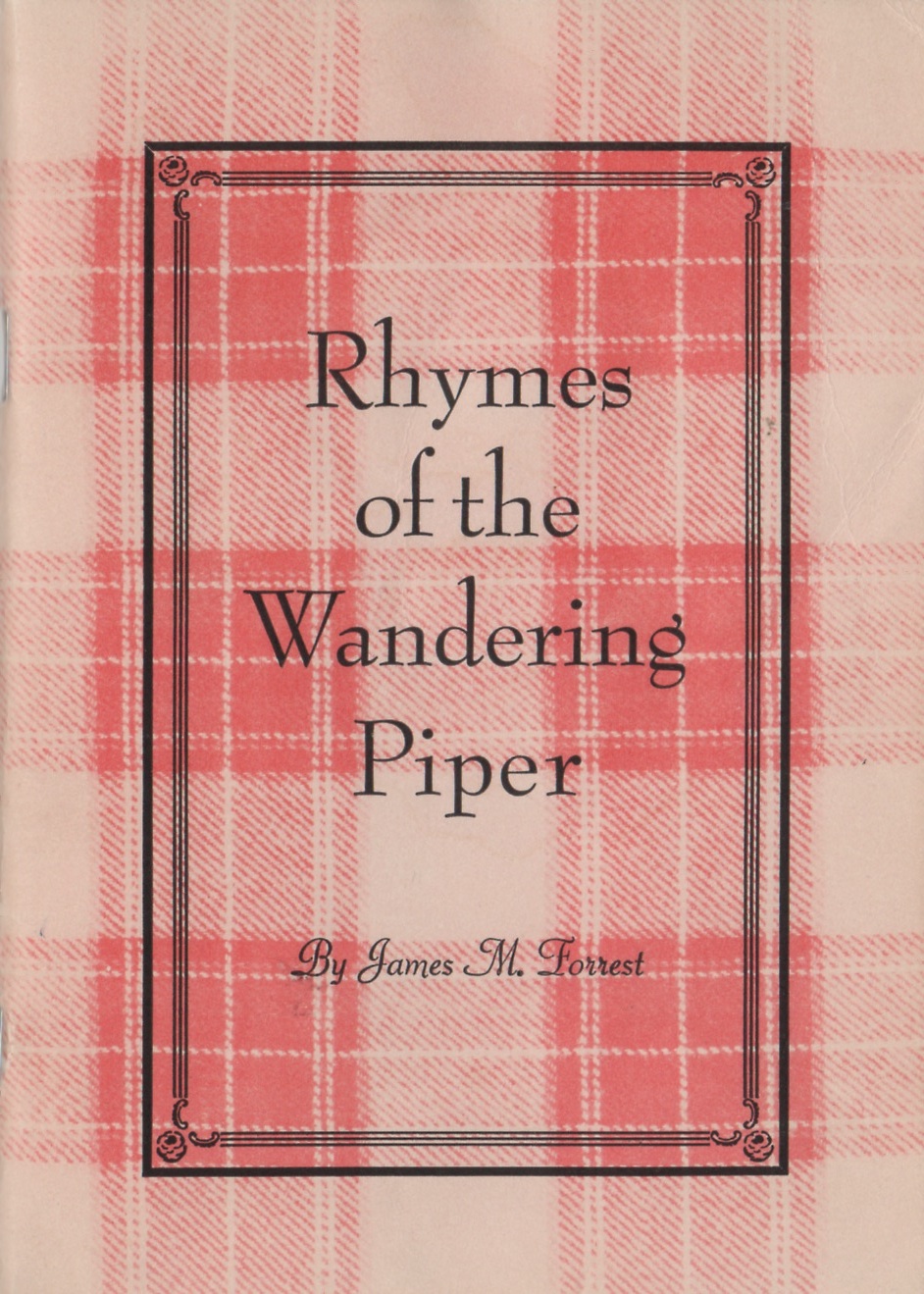 This little paperback, like his novel, was dedicated to his wife. In it are poems that he wrote about many of the defining experiences of his life: leaving Scotland, life in Australia, World War 1, farming on the prairies, the Veteran Guard, the Prince Albert Jail, and of course many poems written for friends and acquaintances, and to capture stories of the day. Below we have reproduced the poem he wrote about piping. 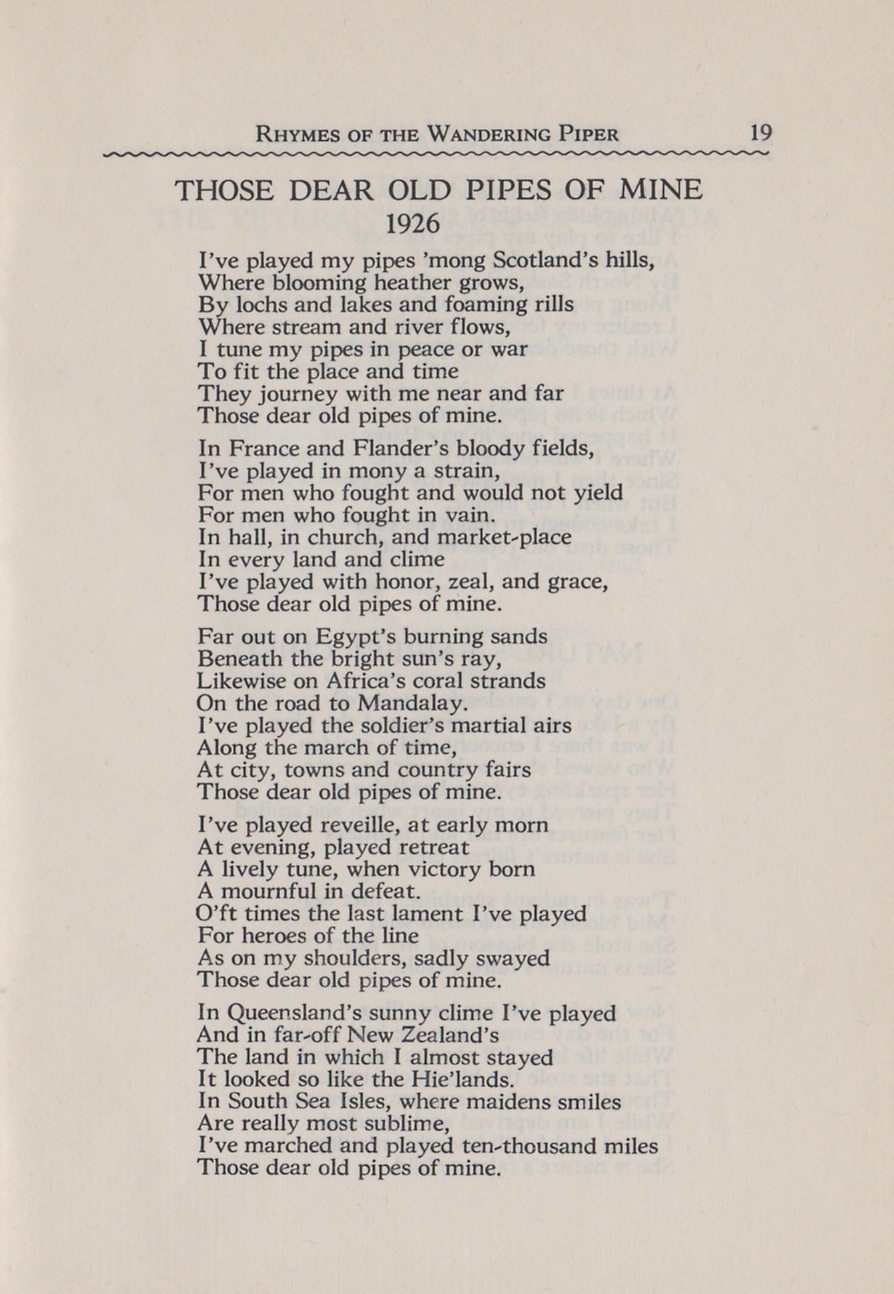