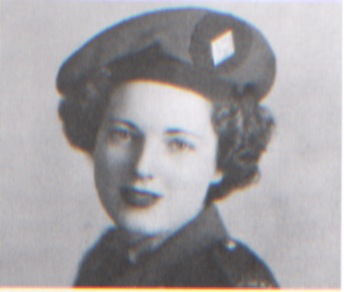 Nellie (Forrest) Dunville was the daughter of James Forrest, and she learned to play pipes from her father and others in the Prince Albert Girls Pipe Band. Nellie decided in 1942 to join the Canadian Women's Army Corps, and she and a friend took the train from Prince Albert to Regina to sign up. Sometime after that, the CWAC Pipe Band, led by P-M Liilian Grant, came through Saskatchewan on a cross-Canada tour, and Nellie was convinced to sign up. She played with the band across Canada, until illness took her out of the lineup.

At right, Nellie in her CWAC uniform, and below, the CWAC Pipe Band on parade. Photos from Saskatchewan Folklore Magazine, Fall 2004.

Here is an article written by Nellie for the Fall 2004 editrion of "Saskatchewan Folklore". 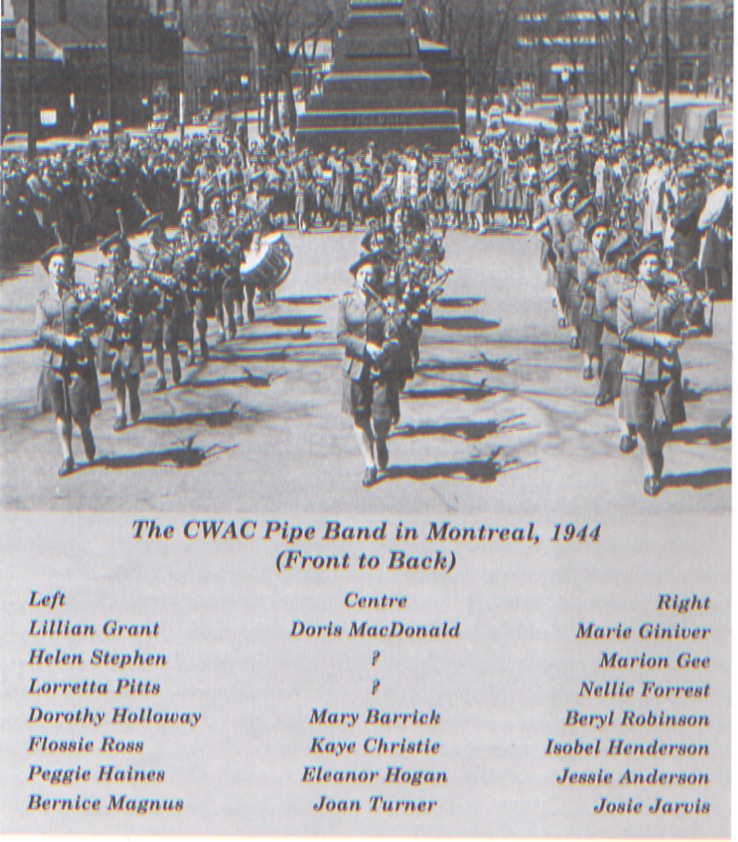